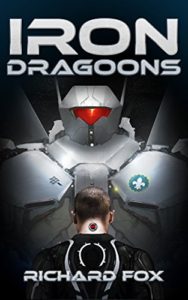 You’re the author. I’m the editor: Respecting the difference

Hey, writers … ever wondered what would happen if you and your editor didn’t see eye to eye on every aspect of your book? This post is for you.

I recently–and successfully–finished editing a romance with some magical realism elements. My client’s happy and moving on with publication, but I can’t tell you how many times I read and reread their last email to me. I can’t tell you either how many times I constructed a reply in my mind, typed the reply, deleted the reply, and then wrote it again, only to delete it for good.

Sometimes, I just have to let them go.

I had a couple hurdles with this particular client. (I’m keeping my references to this client gender neutral to respect their privacy.) END_OF_DOCUMENT_TOKEN_TO_BE_REPLACED

I love to read, but you might be surprised to know I don’t do a lot of it for pleasure. As a full-time editor, it’s not uncommon for me to spend six to eight hours each workday reading clients’ projects. It’s hard at that point to sit down again and read for pleasure, so I end up saving my personal reading for bedtime … which means I read for pleasure for about ten minutes a day—if I’m lucky—before I fall asleep.

I realized that as both an editor and a writer, it’s really important for me to stay up-to-date on what’s selling and what people are raving about. Why? END_OF_DOCUMENT_TOKEN_TO_BE_REPLACED

If you’re new to my site, you may not know that in addition to working full-time as an editor, I’m also a fiction writer. In 2014, I self-published my fourth novel, The Dragon’s Daughter, about the teenage daughter of a KKK grand dragon.

And since then, I’ve been rather stuck–in a variety of ways.

Last year I finished a novel, a ghost story set in Tennessee. I really like the concept of it, and I like my characters. The storytelling, though, well … that needs some work. Looking at it as an editor, I can tell that it has perspective (POV) issues. I need to sort out who my real protagonist is (which is extra hard in this story because the protagonist may actually be the character that I thought was the antagonist). I need to figure out who is going to tell the story best. Whose thoughts do I want my readers to be able to fully access–if anyone?

I need to rewrite the book. It’s definitely in first-draft stage. And I’m stuck. So I’ve left it alone for almost  a year, which is quite depressing as a writer and quite frustrating as an editor. The editor side of me is hogtied by the writer side of me who is just sitting on her hands.

To try to alleviate this version of writer’s block that I seem to be suffering with, I decided to work on a different, altogether new book. At this point, I’ve outlined two and have written about 12,000 words of a third. And I’m stuck.

After talking this out pretty thoroughly with my husband and my daughter, here’s what I’ve concluded (and I’m sharing it because I’m hoping it might help other writers out there feeling rather stuck as well): END_OF_DOCUMENT_TOKEN_TO_BE_REPLACED

Two of the best parts of being a freelance editor are the number of people I get to work with and the variety of projects they bring to me. I’ve had the pleasure of working with talented writers and amazing human beings. These are people who put a smile on my face each time their name appears in my inbox.

Because of this, I thought it would be fun to feature my clients once in a while and tell you about their projects and why you might be interested in what they’re writing.

For this first spotlight, I’m featuring a client who first came to me early in 2015. He had written a vampire book and needed an editor. Was I interested? As soon as I read the opening pages, I knew I wanted to work with this author. These were very different vampire stories, and he was a very gifted writer.

First, let me tell you just a little about the author himself. J. Matthew Saunders isn’t your typical self-published author. He’s got three degrees–history, journalism, and law!–and had already written several short stories before he published his novel. On top of that talent, Matthew’s just a really nice guy and a pro to work with. Want to know more about him? Click here.

Theme by Anders Noren — Up ↑